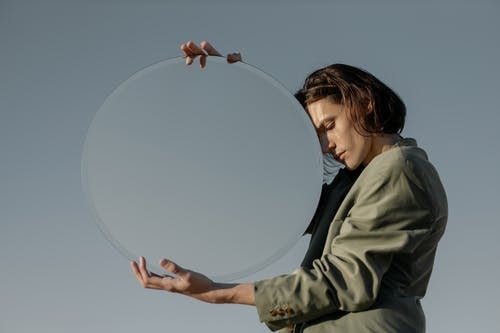 Glass is such a necessity today, that every household cannot think of not having one in their houses. Serving people in their multiple shapes, sizes, functions, and utilities, an individual cannot help but thank glass manufacturers for developing something that makes their life so much easier.

Take mirrors for that matter. Can you think of being in a house, for even a day, that has no mirrors in it? Probably, you would work it out for a day or two.

Well, the situation already must have built up the atmosphere. You suddenly realize how important glass is to your life. With these shiny-looking utilities being unavoidable in every place you belong, why not get to know them better? Why not learn how these brilliant pieces of glass are made?

Let’s get a glimpse of the amazing history of glass production since ancient times and how it has changed since 3600 BC.

Let us get to know the glass manufacturing industry from a little closer and shape our perspectives accordingly.

According to Wikipedia, glass making, manufacturing and coloring started as early as 3600 years ago in Mesopotamia. Though many sources differ on when and where, exactly, this process of glass manufacturing was initiated, many agree on two places, namely, Egypt and Mesopotamia.

The glass that is found naturally was being used even in the stone age as a cutting tool. It was extremely popular by then, too, because of its less availability and people used to trade it.

Listening to archaeological sources and evidence; Coastal North Syria, Mesopotamia, and Egypt were among the first regions to have developed the first true glass.

Egypt’s environment was favorable for the preservation of glasses, which explains the reason for the existence of much well-studied early glass there.

How Did Glass Travel The World?

In Mesopotamia and Egypt, the technique used for glass-making was using a basic soda-lime-silica mix. This technique then traveled to Phoenicia, via present-day Lebanon. The art of glass-making and its popularity, then, knew no bounds. It reached Cyprus, Greece, and the Italian peninsula.

Alexander the Great is also known for having spread the glass-manufacturing skills to the East and also the Indian subcontinent. Romans used to sell glass-blowing workshops and techniques in the areas they colonized and thus popularized using glasses in countries like Gallia, Germany, and France.

Talking about China, glass-making developed there quite late as compared to  Egypt and Mesopotamia. Glass objects were first imported to China in the early 5th century Bc as polychrome eye beads.

How Is Glass Made Now?

Primarily by melting sand to glass.

The sand generally used for this purpose today is a mixture of small grains of quartz, silica, and silicon dioxide. This mix is then heated at extravagantly high temperatures due to which the sand melts.

The heat required to melt sand, and later turn it into shiny glass pieces, is way beyond imagination. It is roughly around 1700°C (3090°F),  which is extremely high.

The melted sand is then made to cool and this is when you see the magic happen. The product would be completely foiled to its raw materials and what we have now is a brand new piece of glass manufactured.

Another type of mixture used for making glass is soda-lime, which is a combination of washing soda, limestone, and sand. The manufacturing of glass, though this mixture is a little more complex, though.

Products like a glass bottle, glass jar, etc with enhanced design and quality are produced in the industry today.

How Was Glass Made Then?

During ancient times, people used sand and quartz to manufacture glass. Their process for manufacturing colored glasses was pretty complex. They used to make glass objects of various shapes and sizes, but their finished products lacked precision. They also could not make spherical-shaped glass objects.

When glass blowing tubes were invented in Syria, the production of glass increased manifolds, and now not just rich but middle-class people too started using glass-made products.

The glass-blowing(with a blowing iron) technique was then learned by the Phoenicians. They used a 1.5 meters long iron tube with a knob on one end to produce glass. Molten glass was collected on the knob and then was rolled into a particular shape using a flat surface.

The Romans and Egyptians made use of sand containing ground seashells to produce glasses. Seashells would prove to be the source of soda. They colored the glasses using metallic oxides.

They produced amazing finished products that looked very appealing to the eyes.

The usage of glass for building and architectural purposes was brought forth by Joseph Paxton, following which glass was made to be used publicly for domestic and horticulture architecture. Glass began to be produced industrially, and its popularity has increased much higher since then.

Glass is such an asset to every individual, every household today.

Being able to talk to ourselves while standing in front of the mirror and boosting ourselves up would not have been possible, had the ancient minds not invested their time, energy, and innovative ideas into developing such an amazing and revolutionary product.

We can’t thank glass manufacturers less, for they make our lives better.  In ancient times, manufacturing glass was such a daunting task. It was hard, it was slow. Furnaces were small and the heat-producing capability was less. From that, having traveled to a world where it takes no time to manufacture the same thing, or even better, the journey was revolutionary and worth it.

The Biggest Living Room Trends to Look Out for in 2022

How Much Does it Cost to Start a T-shirt Printing Business at Home?

What is AISP – Explained