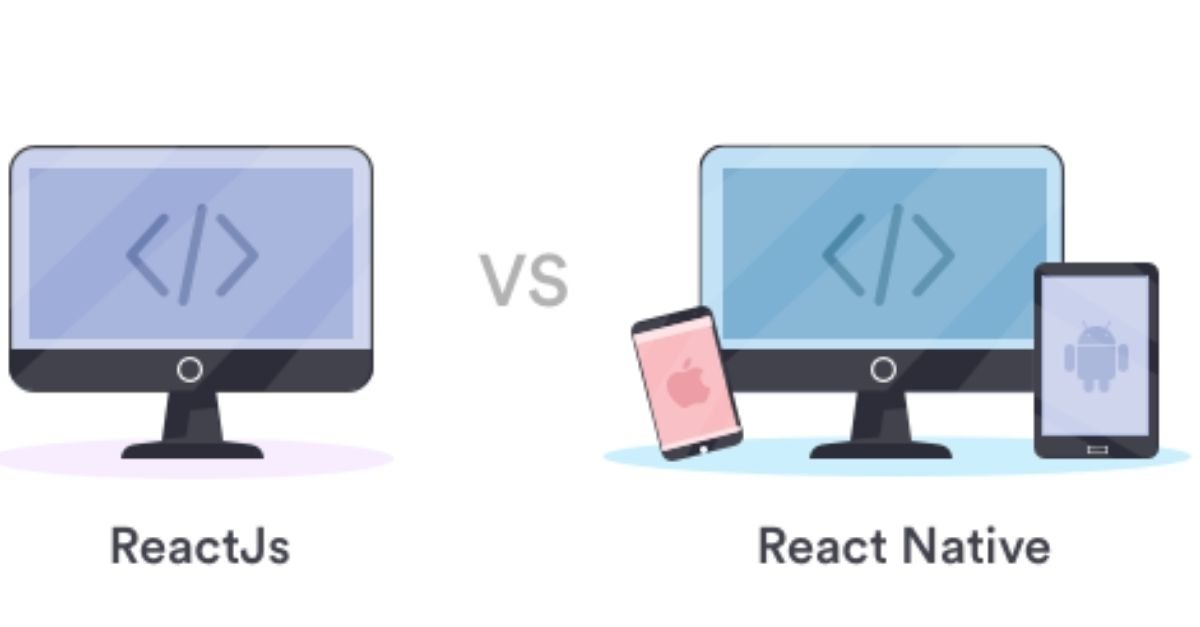 In the IT industry, there is often debate or discussion about React.js vs React Native that what’s better. In case you are also one of those individuals who is stuck with the same confusion, then this blog is made just for you! Let’s begin!

A popular open-source JavaScript library developed by Facebook – React.js. It provides support to both frontend development and server-side. Also, allows developers to create brilliant UI(user interface) from a small or isolated piece of code called “components.” React.js is in general used to develop a web application or website.

Note – In the MVC framework, React.js is the “V” part of a library. It is used for rendering views.

ReactJS is made of 2 parts: – components (HTML code for user interface), and HTML document (components rendering).

Easy to Learn & Use – React.js is one of the very easy-to-use and easy-to-learn as anyone with JavaScript knowledge can understand and use it to create web apps.

Build Dynamic Web Apps – Earlier it was quite difficult to create web apps, especially with HTML but React.js has made it effortless. Now, developers can create robust applications with less coding and more functionality.

Reusable Components – A web app development involves multiple components and each component has its own logic and controls. In React.js, these components can be reused hence, it saves time and eases the development process.

Enhanced Performance – The virtual DOM in React.js enhances the performance. But the virtual DOM exists in memory & this is a representation of the web browser’s DOM. So when a developer writes a React component, he/she doesn’t write directly to the DOM. Instead, coders write on virtual components that turn into the DOM. It leads to smooth and fast performance.

Multiple Handy Tools – React.js offers a number of handy tools that make the development task understandable and easy for a developer. The tools allow programmers to pick a particular component and examine and edit the current Props and State.

A popular open-source UI framework developed by Facebook – React Native. It is used for creating cross-platform mobile applications for iOS, Android, and Windows. However, the syntax & workflow are the same in React Native just like React.js but the components are different. Anyone can hire react native developers from reliable companies for projects.

Class Performance – The React Native code is compiled into a native code. It enables both operating systems and functions in the same way on both platforms.

Hot Reloading – In React Native, the new changes in the code are instantly visible during the development process. So developers don’t have to refresh to load the new changes.

Native Components – For a platform-specific code, coders need to write different code based on the platform requirement as this functionality is not yet designed.

Community – There is a very large community of developers in React Native for assistance.

For web or mobile applications development, both React.js & React Native are very important pillars. With the flexible functionality and evolving ecosystem libraries, the JavaScript library and framework are gaining momentum every day. Both React.js & React Native complement each other’s work even though they offer different functionality. For e.g. in case React.js is great for building websites with high functionality, then, on the contrary, React Native is ideal for creating mobile apps. If you’re in a dilemma of which one is the best to use for your project, then examine your project requirements and then choose accordingly for great outcomes.

What Are the Stepping Stairs to Learn the Mobile App Development?

Explain the Importance of cPanel in VPS Hosting India