The list contains films in various genres, including thrillers, action, romance, comedies, and horror. The following is a list of Amazon Prime’s forthcoming movies and series that will be available shortly. Every month, Prime introduces a new movie roster that includes original programming, ancient classics, and theatrical releases. Take a look at some of Amazon Prime’s upcoming highlights:

Jamie New (Max Harwood), a youngster from Sheffield, dreams of a life on stage in this coming-of-age biographical musical comedy-drama (what a mouthful!) Jamie considers disclosing his hidden professional desire to become a passionate and proud drag queen, while his peers prepare their futures after graduation. While local drag icon Miss Loco Chanelle (Richard E. Grant) trains him toward his debut stage performance, her best friend Pritti (Lauren Patel) and his loving mother (Sarah Lancashire) provide him with constant support.

On September 9, the online series Mumbai Diaries 26/11 will launch on Amazon Prime Video. The terrorist drama series, created by Nikkhil Advani, will centre on the lives of frontline personnel during the 2008 Mumbai terrorist attacks. Nikkhil Advani and Nikhil Gonsalves are the show’s directors. Konkona Sen Sharma and Mohit Raina will play the major characters in the program. The program will honour physicians, nurses, hospital personnel, and other medical professionals, as well as other frontline workers, who were responsible for providing help to the injured during the November 26, 2008 terrorist attacks.

Mortal Kombat is a martial arts fantasy film that will be available on Amazon Prime Video on September 11th. The film is a relaunch of the Mortal Kombat film series that would be also available on downloadhub later. and is based on the same-named video game franchise. The film is directed by Simon McQuoid. it is based on a screenplay by Greg Russo and Dave Callaham and a screen scenario by Russo and Oren Uziel. Unaware of his past, Cole Young fights in mixed martial arts and does not know why assassin Sub-Zero is on the lookout for him. Concerned about his family’s safety, he seeks out a group of fighters recruited to protect Earthrealm against Outworld.

LuLaRich is a true-crime docuseries about women’s online clothing firm LuLaRoe, which moved from a fast-growing retail sensation to suspected viral multi-level marketing fraud. The four-part documentary is available exclusively on Amazon Prime Video this month, so be sure to watch it for a stunning true story that will make you think twice about buying the next too-good-to-be-true item.

The Wheel of Time

“The Wheel of Time” is a new epic fantasy television series that will launch on Amazon Prime Video. On November 19, 2021, the first season will launch on Prime Video. The program is produced by Sony Pictures Television and Amazon Studios and is directed by Rafe Judkins. It is based on Robert Jordan’s novel. Moiraine, a member of the Aes Sedai, a powerful group of women who can wield magic, is the protagonist of The Wheel of Time. She leads a group of five young people on a voyage throughout the world, believing that one of them is the reincarnation of the Dragon, a powerful figure who has the power to rescue or destroy the planet. The Importance Of a Healthy Lifestyle

Massage on a Business Trip 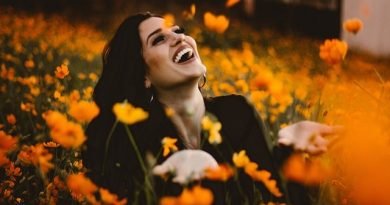 How Do Flowers Promote Our Overall Well Being?