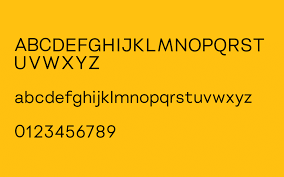 You’ve heard designers and other creatives discuss whether a serif or sans serif font should be used in a specific circumstance. Serif vs sans serif typefaces are a topic that many “designers” discuss, yet they have no idea what they are talking about.

There are so many fonts available that choosing just one could be difficult. Serif and sans serif fonts are the two main font types. What precisely is the distinction? Why is it important the one you pick? Which is more advantageous for your project? Below is a summary of the key distinctions between them.

What is a serif?

A serif is known as any brief lines that emerge from and are angled toward the upper and lower ends of a letter’s strokes. These upper and lower letter strokes are sometimes referred to as the “stems” or “foot” of the letters.

What is a sans serif font?

Sans-serif or serif are two categories that many widely used typefaces and the fonts that go with them fall under. Although the distinctions between letters and sans-serif serif may not be immediately apparent, a closer examination of the design structure shows several significant ones.

Some people feel that sans-serif fonts are simpler to read in digital media, while serif fonts are better for reading text at tiny sizes in printed copy (like books or newspapers). Most digital font legibility has significantly increased thanks to graphic resolutions and retina display improvements, so most people’s experiences are now mostly a matter of comfort and personal preference.

How to Buy Ethereum – 3 Ways to Verify Your Identity

Ways You Can Improve Your Comfort & Efficiency Of Your Air Conditioner

Basic Reasons to Signify the Importance of Translation