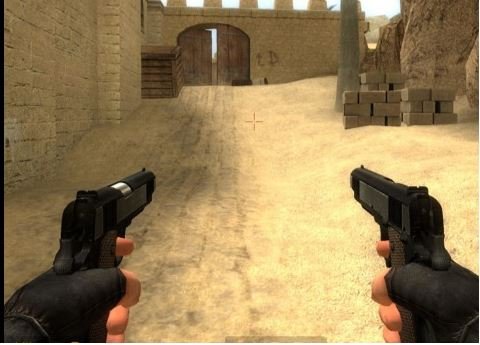 Be a newcomer to any online game is not easy, many strive to call a nub, although they themselves started with the same. This is especially true for cs 1.6, which will soon be 15 years old, many players know Kontra as “Our Father”. I hate to see how many young players who could become promising despair and leave the game, because they have run into insults from various inadequates. So I wrote this collection of tips, to greatly facilitate the newcomers to the game, to be nubom forgivable, unforgivable to be a lamer who does not learn anything. Follow them and you are sure to write “nice play” and with good results will be called “taschera. Download cs 1.6 here

Good server is the key to fast learning, for simple and fast games are best suited csdm, aim and FY, they are undemanding for quality and team play, so you can fully train your skill. On the clan servers you can not get, but on the server type kz novices do nothing. Try to avoid commercial servers, the fact that admins often trade preferences for players and their friends. As a result, you can meet totally unkillable and wiped characters that will spoil the whole game. Nothing can be done here, so playing on such servers is not recommended. Despite the fact that I recommend fast servers for dematch, you should not avoid the standard maps, usually these are the ones you can create by default, that is, the official. You should add the servers you like to the favorite tab, in any of our available builds, there is such a possibility. Selected servers are much more convenient, because do not waste precious time to find the appropriate, the more that there is a lot of trash (use filters).

Before you enter the server, configure a control and sensitivity on the mouse, the level of sensitivity will depend on the smoothness of your mouse. For beginners I recommend to set it to 6 or 7, most of your kills at this level will be in close combat, so you need high sensitivity to have time to point a gun at the enemy’s head. In case you are a veteran shooter and a good aimer, but have little experience in kc, then put a value of 3 or 4. Do not forget to turn off the accelerator (read the related article), it’s better to do it immediately than to get used to it again.

At the very beginning of the game you will have a choice of teams, I recommend playing for terrorists on maps cs(hostage-taking) and for special forces on maps de, the fact that the defense is always easier than the offensive. Even with bad defensive situations, it is much easier to kill the enemy running at you. For the first round I do not recommend to buy anything but body armor, the fact is that the only option to buy this is essentially a desert eagle or usp, if you play for tera. I recommend saving your money so that in the next round you have enough for a new gun. For starters I suggest camping or at least shooting in a crouching position, so you will have more accuracy. Running and jumping, as in Quake in this game is not recommended. In addition, when playing as a terrorist I advise to set the burst-fire (PKM), ie, shooting in bursts, when hitting the chest is often possible to let the opponent headshot.

Things to Remember When Taking Care of Succulent Plants

Can You Use Clenbuterol as a Substitute For Anabolic Steroids?

What On Earth Is Data Science?