As Season 2 concluded, Miguel Diaz, played by Xolo Mariduena, got admitted to the hospital after a terrible fall. Will he survive? Or are we going to lose him in Season 3? Even if he gets saved, who will be his savior? And can we see him wearing the Cobra Kai Jacket ever again? All these questions must have been rising into every Cobra Kai fan’s mind asking for answers, and to be honest, no one knows them.

Although there are some fan theories regarding the return of Elisabeth Shue, aka Ali Mills, in the new season, and she is the strongest contender on the ‘Miguel’s saviors’ list. Cobra Kai carried the legacy of the war between Daniel and Johnny throughout the TV series. But with the conclusion of Season 2, we saw a fatal fight erupting between the students of Daniel’s Miyagi-Do Karate and Johnny’s Cobra Kai dojo.

The fight was initiated by Tory Nichols, who wanted to avenge Samantha LaRusso (yes, the daughter of Daniel). She caught Miguel, who happens to be her boyfriend, cheating on her at a party with Sam, who was the girlfriend of Robby. The fire of revenge blazing in Tory’s heart soon involved numerous students from both dojos, resulting in a huge brawl.

Things started to loosen up when Robby pushed Miguel off from the balcony. Miguel was then shown lying on the stairs unconsciously and later got hospitalized. The season ended on the note that the next twenty-hours will be crucial for Miguel — keeping all of us hanged through the cliffhanger! But the rumors of the return of Ali is giving us hopes, although it’s not confirmed by the producers.

MIGUEL — ONE OF THE FAVORITE CHARACTERS OF FANS:

He is so popular to even die! He is the most loved character of every teenage Cobra Kai fan. He deserves it, though, the struggles he has gone through to become the best Cobra Kai disciple from an ordinary nerdy boy. He even became the champion of All Valley Under 18 Karate in season 1.

He is a person having a good heart but can go to the extent of worst, following the ‘no mercy’ policy. His bond with his Sensei Johnny got even stronger with time, and we saw a wholesome relationship between the two in season 2. He always got a thing for Samantha, even after being with Tory, which was the main mayhem that cost him his life (nearly).

Well, Robby, you have asked for more hatred from the fans by kicking their favorite character off the balcony. Killing a character that is so much loved by the fans will be a move of a fool, and Robert Mark Kamen is no fool.

SO… HOW COULD ALI EVEN SAVE MIGUEL?

Honestly, there were so many clues and hints about the return of Ali all through the series, though. She is a pediatric surgeon living in Colorado, happily married. Despite that, she sent a friend request to Johnny on Facebook as soon as he made his account. Although Johnny didn’t see the request after throwing his phone on the beach in grief, the seeds planted by the writers are now clearly popping up. So, isn’t it possible? In the hospital, Miguel, Ali, hinting to come back, she is a kids’ expert, Johnny accepts the requests, asks her to visit Los Angeles, and Miguel gets saved. Cool, no?

But we all know that it won’t be that simple. Why will a surgeon from Colorado come to LA, leaving all her patients behind just for an unknown person? Even if Johnny asks him to come, they parted their ways so badly that the idea seems blurred. But who knows, maybe Ali has recently got divorced, missing Johnny, and hence she sent him the request.

Or maybe she is already in LA and wants to be friendly with Johnny. The actual story is only known to the creators, but that is the best chance to reintroduce Ali in Cobra Kai!

WILL MIGUEL STAY A COBRA KAI?

Assuming that the above-mentioned plot turns out to be true, the question arises now is will Miguel come back to his previous dojo or not. By the looks of the injury and the height that he fell, it seems like a long-long journey for him to recover. He will have to go through many episodes of rehabs and exercises to come back to his Karate version again. Even if Miguel tries to return, we don’t think that his mother will ever allow him.

If he comes back from the coma, there will be many disappointments waiting for him already. The takeover by John Kreese on Cobra Kai dojo, the transformation of his friends; Hawk and Tory into extremists under the new Sensei, and the shut down of Miyagi-Do. But before all that, he has to face the medical treatments to wear the Cobra Kai Jacket again. One thing is sure — nothing will be the same as before, even if he comes out alive! 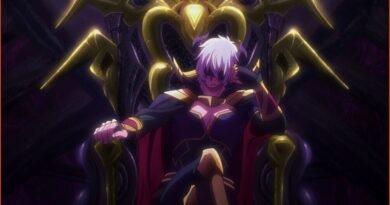 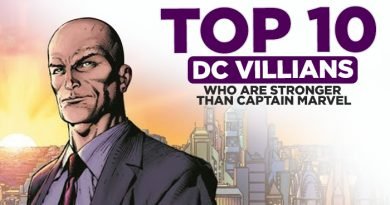 Top 10 DC Villains Who are Stronger than Captain Marvel